Tunisia is considered to be one of the largest producers of dates in the world, a Mediterranean country par excellence, it has a dry and hot climate in its oases that promotes culture of the date palm.

About 150 varieties of dates are cultivated in the palm plantations of the south that form the typical vegetation of oases and are concentrated in the oases of the Djerid (Tozeur) and Nefzewa (Kebili).

Deglet Nour is the noble variety par excellence and the date of in terms of quality:

Deglet Nour literally "light finger" in Arabic is the best known and most consumed variety appreciated for its energy value twice superior to other varieties and its translucent blond color that we nicknamed "dates of the sun and light ". 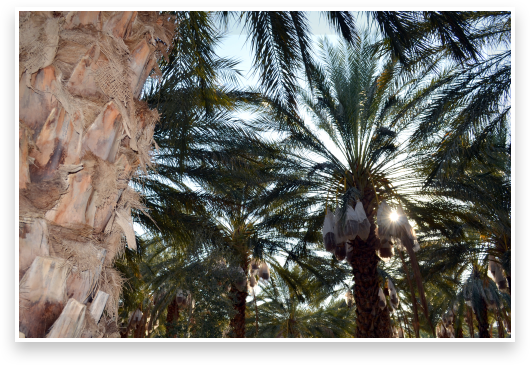 The palm tree known since antiquity was regarded by the Egyptians as a symbol of fertility.

In the Christian tradition, leaves are a symbol of peace, the date also integrates the holiday tables as the main "thirteen desserts" presented at the Christmas party. In Islamic culture during the month of Ramadan Muslims break the fast with a few dates together with milk as a beverage.

Tunisia is the first exporter in the world of that variety.

Despite the competition that is growing from one year to another, the challenge remains the quality. It is the key to the success and continuity in such an area.